I can’t remember the first time I thought of myself as a “musician.”

Eventually, during my early (and probably angsty) teen years, I started learning the guitar in addition, and frequently played drums with the church orchestra.

My mother, throughout my childhood, would occasionally pick up her trusty old Harmony acoustic and play for my sister and I, and I just thought that was so cool.

She could make us cry with some of the songs she would sing and play, and I wanted to be able to do that, too. The ability to make people feel with nothing more than a chunk of wood with strings on it just absolutely awed me.

I would struggle to learn things I heard on the radio, and began to develop quite an ear for how to play a song just by listening to it. I learned Nirvana. I learned Hootie and the Blowfish. I learned Jars of Clay. I learned praise and worship songs. I just couldn’t learn enough, fast enough.

As soon as I had my first few chords down, along with a reasonably good strumming ability, I began to write.

I wrote songs to feel.

To this day, I remember the first time getting on stage and playing one of my songs and making other people feel.

One of the girls in my church youth group died in a car accident our Senior year, and I was shattered. The only thing I knew to do with all the pain was pour it into music.

A few months later, I found myself timidly walking onto a stage at a youth group trip (“Centrifuge,” for my fellow recovering Southern Baptists) with a borrowed guitar in front of 400 or so fellow campers.

I nervously explained what the song was about, and began to play.

As I did so, the stage-fright melted away, and the song I had written about an angel named Joy just… took over.

After some reassurances that the crying wasn’t because of a terrible performance, but that the song had, in fact, moved them, I realized something: I had found home.

The rest, as they say, is history.

Throughout my time in the US Air Force, I was a member of various praise and worship teams both leading services and supporting them on drums, and by the time I had reached what was to be my final duty station at Ft. Meade in Maryland, the hook was completely and absolutely set.

Maryland was to prove to be a reincarnation, of a sort. The gangly, awkward little Christian boy had grown into a gangly, awkward young Airman who had begun to view religion, in general, and Christianity, in particular, with a healthy dose of skepticism.

And yet the love of music persisted. I’d found the most wonderful place in the world, you see; a quaint little Irish pub by the name of the Sean Donlon’s in Annapolis, MD. Before I knew it, I was sitting in with the evening’s Irish bands playing the spoons, then the guitar, then getting to play during the breaks, then entire sets, and finally getting my own night to play.

If I was hooked before, then what followed became a full-blown addiction. A service-member by day, and a musician (and, probably, an alcoholic) by nights and weekends became my way of life.

Following my separation from the service, I continued to play wherever and whenever I could as I continued to migrate about the country, searching for… something.

And then I found myself in Michigan. First Manistee, and then Ludington, and my god, did I fall in love it. The forests, the lake, the people, everything just felt like… well… home.

Of course, I worked odd jobs here and there, as a house-painter, as a sous chef, as a salesman, but mostly, I earned my daily bread through song. And still I wrote.

Worse than the pandemic; the ensuing mind-boggling stupidity; a stupidity so frantic and profound that it has very nearly broken any last vestiges of faith I had left in humankind in general, and the trust I had in people around me in specific.

So here I am; wondering if I still wish to call myself a musician.

And maybe that’s ok. Maybe I need to find that angsty kid inside me and ask him what he wants to do; how he wants to channel all these emotions.

Maybe that’s exactly what might bring that feeling of being a musician back; getting in touch with what created it in the first place.

I know for now, I’m taking a Sabbatical from music.

I’m going to play with my kids. Teach them.

And while I do that, I’m going to see if that angsty kid is still in here, and see if he wants to come out and play and write.

And maybe he will.

I’ll remember how to feel.

So I realize I’ve added precious little here on ChadRushingMusic.com over the last (great) while, and I’d like to offer my apologies, sincerely.

So much has been going on that it’s hard to keep up with everything, but I’m going gang-busters right now trying to straighten everything out.

Since my last post here, I’ve landed my music in an internationally award-winning film (TRAILER!), landed a slot as a music contributor to a literal real-life James Bond’s life story, recorded in Nashville with some all-stars, I’ve fostered two children, and am in the process of adopting one of them…

In short (TL;DR version) LIFE HAS BEEN INSANE.

I thank you all SO much for hanging on with me through the ride.

I’m back to this, and I’m not not backing down.

My heart goes out to the wonderful people of Tennessee.

I’ve never shared these pictures from my trip to visit your beautiful home a couple of years ago, but I wanted you to have back a little bit of the beauty that I enjoyed so immensely during my stay with you.

These were from a few of the nature trails and historic sites from around the Gatlinburg and Pigeon Forge area.

I can’t wait to see you again.

Writing songs for “The Optimist’s Club” has really brought me face-to-face with my own limitations, whether actual (I’m fairly certain that I’m writing beyond my own musical abilities) or self-imposed.

You see, until now, I’ve always approached songwriting with one thing in mind; can I perform it live with just an acoustic?

And that’s worked well.  As self-deprecating as I am, I can admit that I’ve written some pretty decent tunes.

But how much better could they have been, if I’d simply written the song from the song’s standpoint, and worried about the acoustic version later?

This time, I’m just letting the songs grow themselves (I really don’t know any other way of putting that…), and I’m going to worry about whether I can play them later.

How many songs could I have written without limiting myself in this way?

What kind of music would I be playing now?

It really makes me wonder how many artists have done this to themselves.  How many songs were never born because the writer was too busy keeping to the (self-imposed) status-quo?

And so far, that music sounds pretty darn good…

It’s a peculiar thing, writing an album… There are so many ways to go about it, really.

In the past, I’ve just written whenever I was inspired to write, and about whatever love or heartbreak or experience that was striking most in that moment. This time is a little different, though.

END_OF_DOCUMENT_TOKEN_TO_BE_REPLACED

The true craft of the artist is not to make sound, but to shape silence.

The silences are the form, the bone structure of music, of language.

We find the pulse of the moment, and simply make it audible.

As  a musician, it is occasionally necessary to stand up for something, to speak out against injustice.

While mine may not, perhaps, be a popular stance, it is, nevertheless, my stance.

END_OF_DOCUMENT_TOKEN_TO_BE_REPLACED 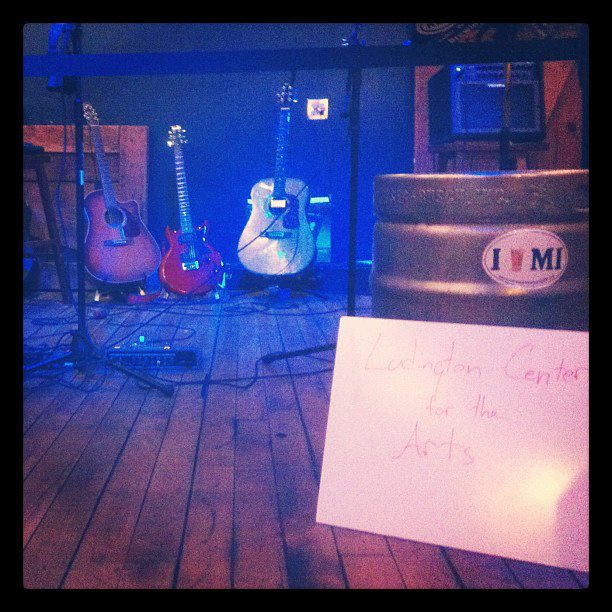 Performing is my passion.

And to get to do it to make a difference?

So a good friend of mine, Andy Thomas who owns one of the greatest art galleries I’ve seen, and I got to thinking:

What if we got to drink beer, perform and make a difference in our community? END_OF_DOCUMENT_TOKEN_TO_BE_REPLACED 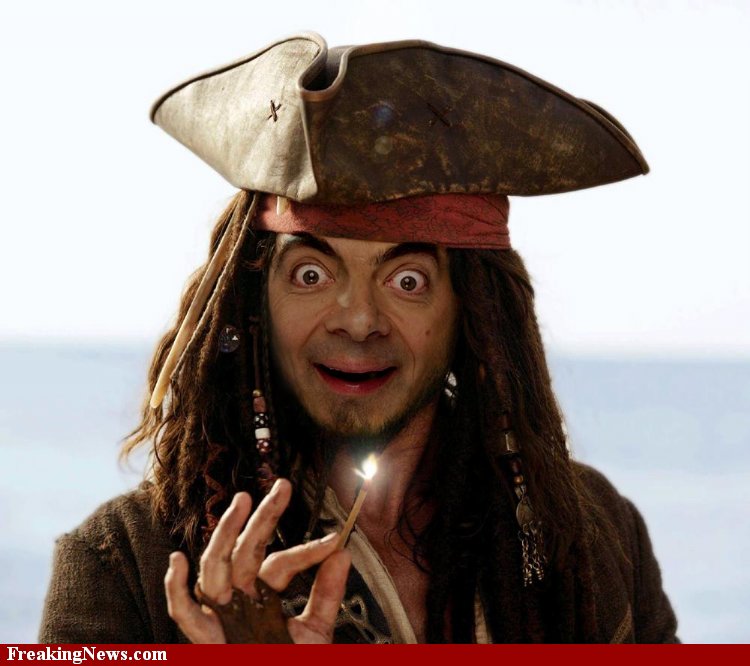 I’ve been asked a few times what my views on music “piracy” are, and frankly, I’m ambivalent.

On the one hand, piracy can be a great thing for a new artist.

On the other, piracy can be a horrible thing for a new artist. 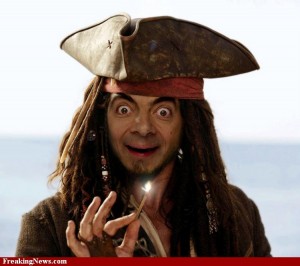 A new artist REALLY counts on the little income that tracks sold can bring them.  The transition from working stiff to rockstar is incredibly scary, not to mention difficult.  There’s nothing more frustrating than investing one’s hard-earned money into studio time, production, equipment, etc, only to have someone essentially steal all your time and effort.  Sure, 99 cents isn’t much by itself, but multiply that by a hundred and the artist has just lost a tank of gas that would have gotten him to a gig, or cables he desperately needed to keep playing, or… END_OF_DOCUMENT_TOKEN_TO_BE_REPLACED